Jay Harris gave a talk about mobile security - it wasn’t super technical, but it highlighted the fact that clearly security is still a bit of an after thought especially when it comes to mobile development - he cited examples of issues that crop up in mobile devices that were fixed in web apps (XSS vulnerabilities for example) long ago.

So the CTF brief we were given was that it was a bit of OSINT (link to Brett’s OSINT Workshop) and a bit of mobile security involved. There were a couple of USB pen drives going around with a live image (Jay assured us the USB sticks were legit) for us to boot to with most of the environment set up this included an android virtual device (running Android 7 - Nougat) the CTF APK - an application called safepass and a couple of tools - ADB and a tool called JADX which is used to decompile the APK into readable android code.

After unsuccessfully trying to run the APK in the android emulator in the live environment for a while I decided I was going to look at the APK code and see if I could rebuild the APK in Android Studio with some helpful breakpoints. First I put the APK on a pen drive and rebooted back into my regular environment, created a virtual device in android studio as I was going to do this anyway and installed the APK and ran it. I was greeted with a login screen what a handsome devil! 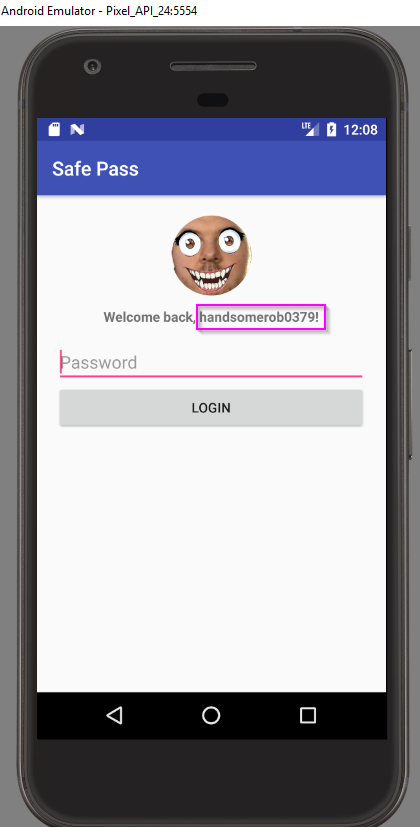 As you can see the app lists a user name but asks for a password. Since I heard there was going to be some OSINT in this CTF I started searching for handsomerob some of the results were … interesting but on twitter I found a user that had the same image and user name - so that probably wasn’t coincidence. 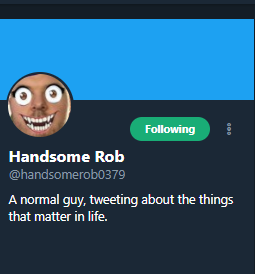 Seeing as this is OSINT we should poke around this user’s twitter account and see what info may be relevant. 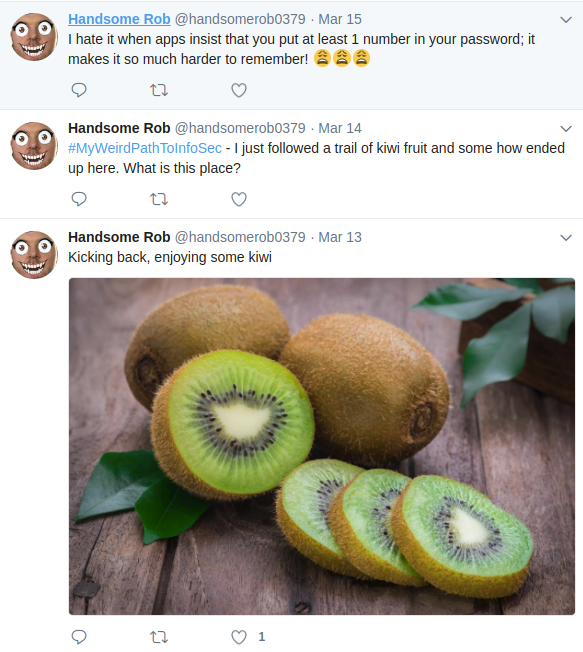 Looking at the user’s posts they have posts about kiwis and complains about having to use numbers in passwords. A couple of likely passwords: 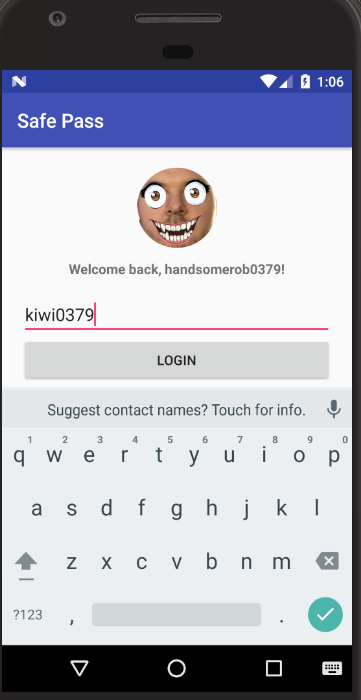 Entering the correct password gives us a a 2fa prompt … 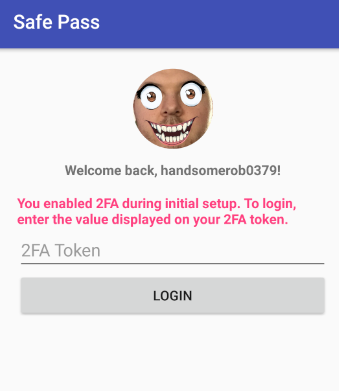 Jadx is a tool that allows you to export apk into a gradle project so you can review the code.

Select the apk to export 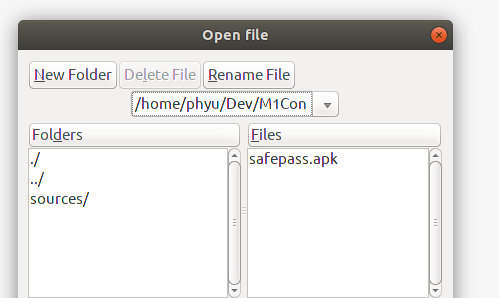 as you can see by looking at the apk in jadx, it shows the code in a tree including the package name. 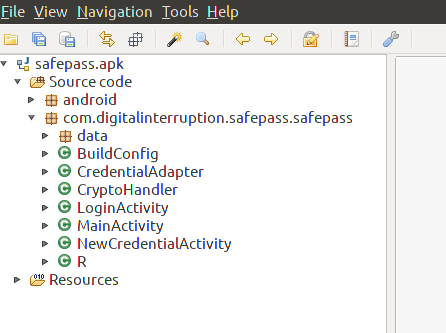 you can also export into a gradle project to open in android studio. 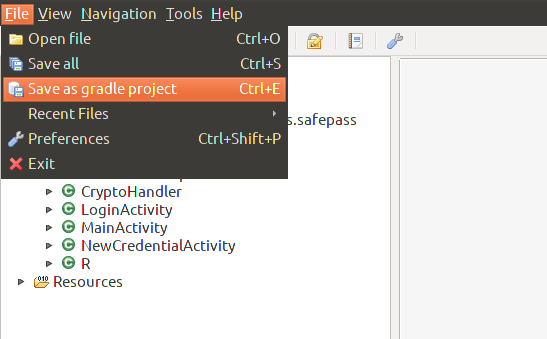 Examining the project structure in jadx we can also see there is an SQLite DB - we can look at this in jadx but it’s a little garbled … instead what we’re going to to is open the apk with an archive manager winrar will work if you’re in Windows, in Linux you’ll be able to just pop it open from the file explorer and in the assets folder there will be a database file safepass.db. Let’s examine it using SQLiteBrowser.

SQLiteBrowser is a tool that allows you to browse sqlite databases.

So the string we need to decrypt is the notes field in the credentials_table : Qqb1yxdZYPpO7IkgcwgY8Viv4lmNw/MQlb128tpcC1n+05vNWKRZrypzDWE3rtuG

looking at the checkPassword function, it creates a new instance of CryptoHandler passing the password and then checks that the value returned by the decrypt function equals “DI{Th15_u53r_15_l0gg3d_1n}”

We know we have all we need to decrypt the notes as we have everything to build the key so we could take those things and use something like CyberChef but where’s the fun in that? ;-)

We’re going to use the app against itself with frida!

Seeing as I wanted to play around with Frida a little bit I thought I’d use it to solve this challenge. I created an android virtual device and install the CTF app on it,

And then connect to the shell.

Once we have the server running on the device we need to connect to it.

We get the above window and then we know it’s running. Now we can create a script file that we inject into the running program, which will allow us to overwrite functionality of the program.

the current contents of ctf.js is

What currently happens is the user clicks the login button and it calls the decrypt function like so:

What we want to do is call the decrypt function to decrypt the notes field. What’s really cool is we can actually use the current implementation to decrypt it.

With frida we can use the Java.use function to create a wrapper for the CryptoHandler class

It’s important to note that crypto will now refer to the CryptoHandler that’s instantiated when the user clicks the login button so we need to provide the correct passwords.

What we do then is instead of checking if the password matches, log the output of the decrypt function after passing in the notes field

Thanks for reading and thanks for the CTF :) - Phyu